A spur of the moment decision along the road way that we do not need to stop in Invermere to play a round of golf and instead we should try to make it home to our own bed, which we have not seen in 14-days!

In early September, we took 2-weeks off work for an extended road trip holiday which started in a small town called Stony Plain, Alberta and we scooted across Southern British Columbia to Vancouver Island. Then drifted about the Island checking it out from its farthest northern town: Port Hardy, to the southwestern tip of Port Renfrew.

Our decision making had clouded all of our judgements as we prepared to depart cousin Melissa’s house and make the final drive home over 1,035 kilometres and 2-days. We had timed and planned everything according to our original idea. The plan-less adventure.

Our intentions were to drive east along Hwy 3, merging onto Hwy 95 and drive up the Kootenay Valley to an undecided upon golf course near Invermere, BC and play a round of twilight golf. After golfing 9-holes, we would then retire to a nearby campsite for the evening and finish-off the drive home on Saturday, breaking up the 10 1/2 hours of total drive time between the two points on the map.

We checked our hard copy travel book against the times and distances provided by “Google Maps”. We cross calculated those numbers with our own past experiences driving  back home from Melissa’s house. And came up with three very good, viable options for the route home.

Route for Option 1 drives through Southern BC past Fernie, Crowsnest Pass, Pincher Creek, up the Cowboy Trail to Calgary and onto the main provincial highway known as QEII. 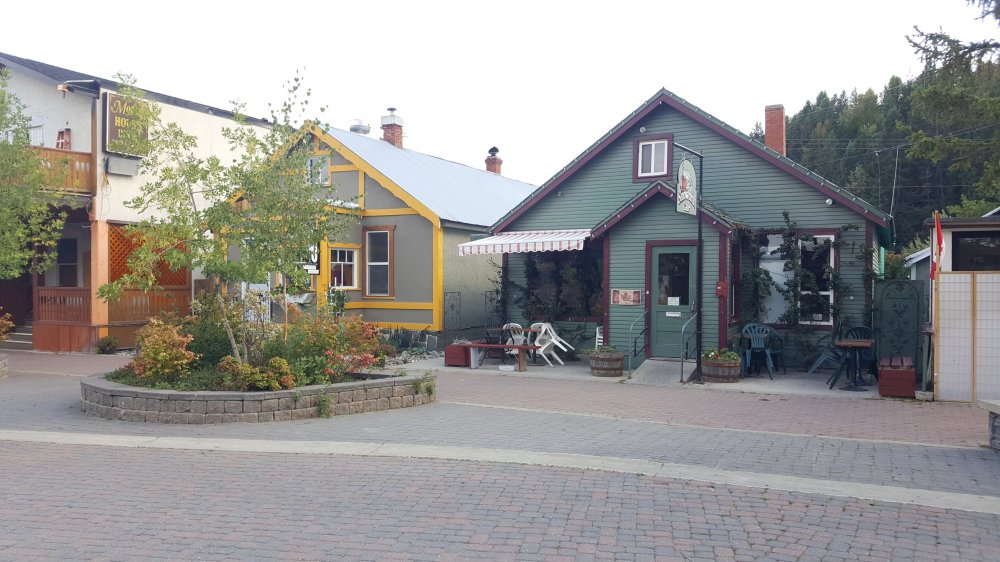 Initially, we opted for Route # 2 and that we would stop in Invermere, BC for a round of 9-holes at twilight, a campsite for the evening and finish our drive on Saturday morning.

Sometimes things just don’t go as you plan them. We made it to a small skit town called Kimberly around 6:30pm due to the time change along the way from Pacific Coast Time to Mountain Standard Time. We had failed in our planning to account for the 1-hour loss as we drove back through the mountains.

Which meant we were no longer going to make a twilight golf tee-time and that we would have to decide on another option.

As we pulled into Kimberly, famished and in need of nourishment we hatched a plan to drive today, as far as humanly possible. After dinner Shauna took control of the car. And we sped off up the highway. When we reached Radium Hot Springs, there was a very large classic car Show & Shine happening.

We stopped for an ice cream, stretch of the legs, view some classic cars and head east towards Banff. When we reached Banff, neither of us were ready to stop and we carried on our way to Canmore, then Calgary.

In Calgary we refuelled, stopped at the local RV shop which sells NuCamp and Airstream RV’s to check out the Tab 320S with Outback Package. As it is one of the few we are considering purchasing for our future camping and road trip lodging needs. 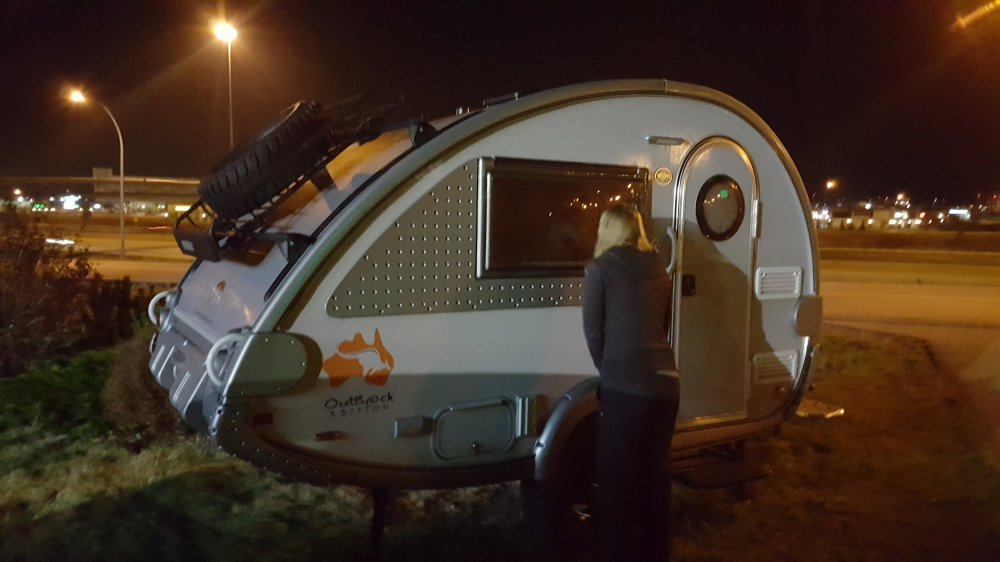 After photos at the RV Shop, we peeled back our eyelids, drank down a very large coffee, snacked on a couple of granola bars and hopped back onto the QEII heading north. Shortly after 2:30am Saturday September 16, we pulled into our parkade at the condo, left everything but our wallets behind in the car and road the elevator to the fifth floor. Turning the keys to the deadbolt on our house never sounded soooo sweet. Stepping inside we took in the scent of our home, dropped into the bathroom to brush our teeth and then fell face first into our big comfortable bed, for a long, long, long sleep.