Reflection is the masterpiece of today and the wonderment of tomorrow. Well thats at least what I thought yesterday as we planned our escape of the condo by 6:30am to be in Old Montreal bright and early.

Instead we rose somewhat earlier than the day before around 8:05am. Uncharacteristically the wife hopped up landing in the mini kitchen along the north wall of the one bedroom open concept subfloor condo. Where she began spreading joy by making each of us a Starbucks insta-stick cup of coffee and preparing our breakfasts consisting of Gluten-free granola, fresh mixed berries and Skyr yogurt: plain for me and raspberry for her.

We sat at the long thin table idly chatting about our tentative plan for the morning and how we missed being on the front steps of Notre-dame as they opened the doors to the freshest, earliest of arrivers.

Laughing, we cleaned up our breakfast, had a morning stretch and prepared ourselves for the day. First stop Quensel Bixi Station to pickup a couple of bikes.

After withdrawing the bike, I began mounting my gorillapod and Olympus camera to the handlebars which in turn upset the wife, whom sprinted off ahead of me. Following behind than beside her only to get a grumbling sound from the side, “you need to watch the road not your camera,” I snarled back at her, “do you see any moving vehicles because I do not.” And she rode off in front of me. 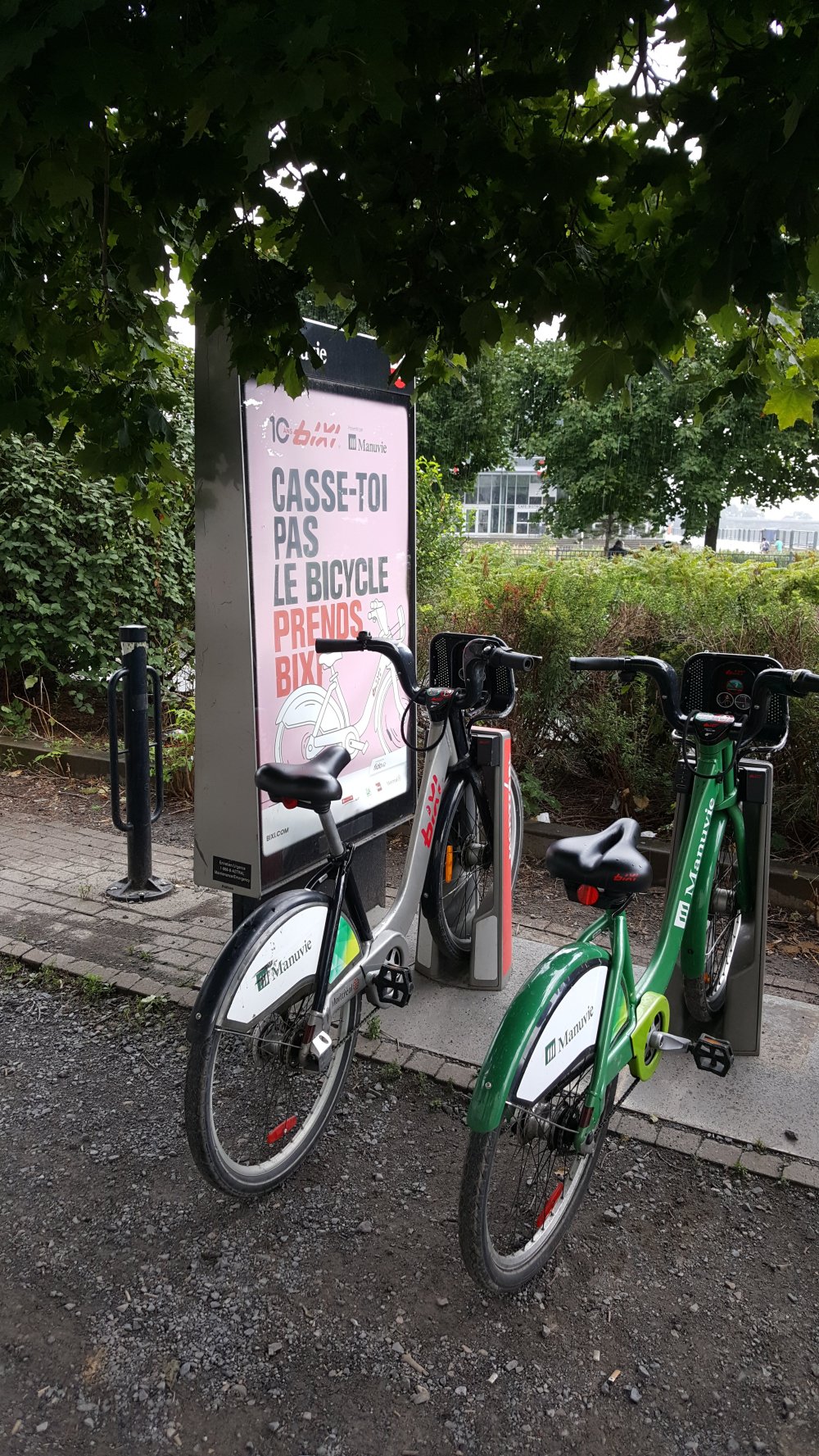 A couple blocks down she turned right onto Boulevard George-Vanier and I wondered if she would recall the route taken last night? or not, as she road through the intersection we should have turned at.

She was frustrated. I laughed behind and took additional photos. I had setup the camera to shoot 1-photo every 5-seconds for a total of 3-photos, after you depress the shutter button.

As we rounded the deadend street, she pulled to the side and asked in a kinder voice, “I am unsure where we are going? And why are you not providing directions?” I smiled knowing I was on thin ice and sheepishly replied, “I am merely following you. You seemed to know where you are going and this only adds to our adveture.”

She smiled at my answer then opened up, “had I known I was navigating us, this morning, I would have looked up a route to get us onto the bicycle path.” “No worries. We are near the market place. We just need to cross the water and we’ll be able to head towards the port.”

And off we went in search of the path which would eventually lead us to the Old Port and our first true destination: Notre-Dame Basilica of Montreal.