Go to Church of course! 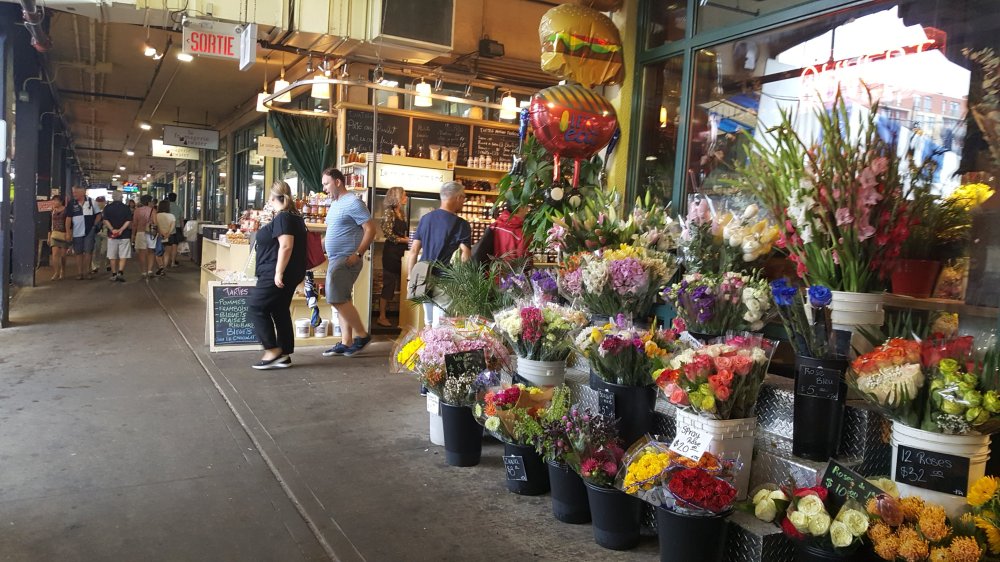 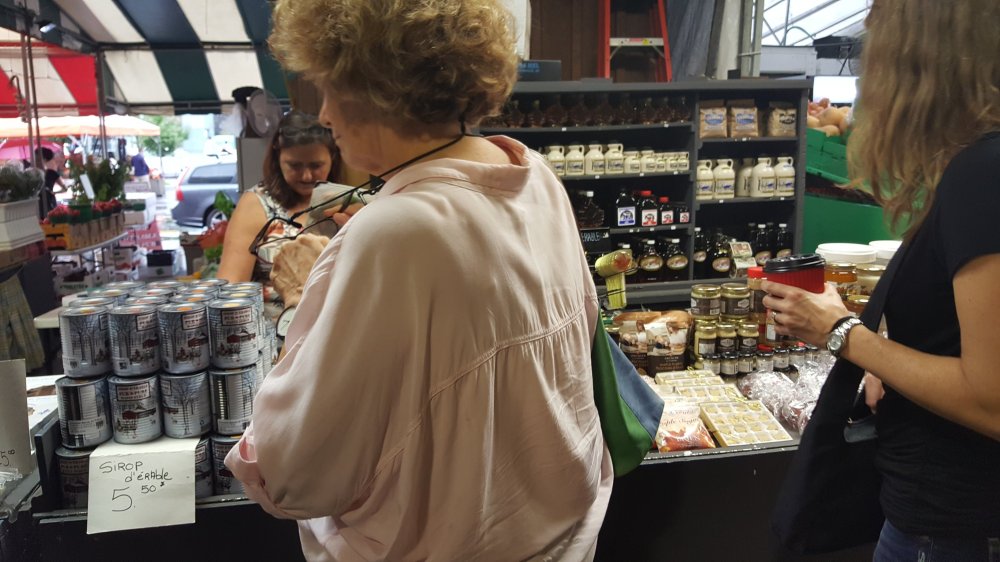 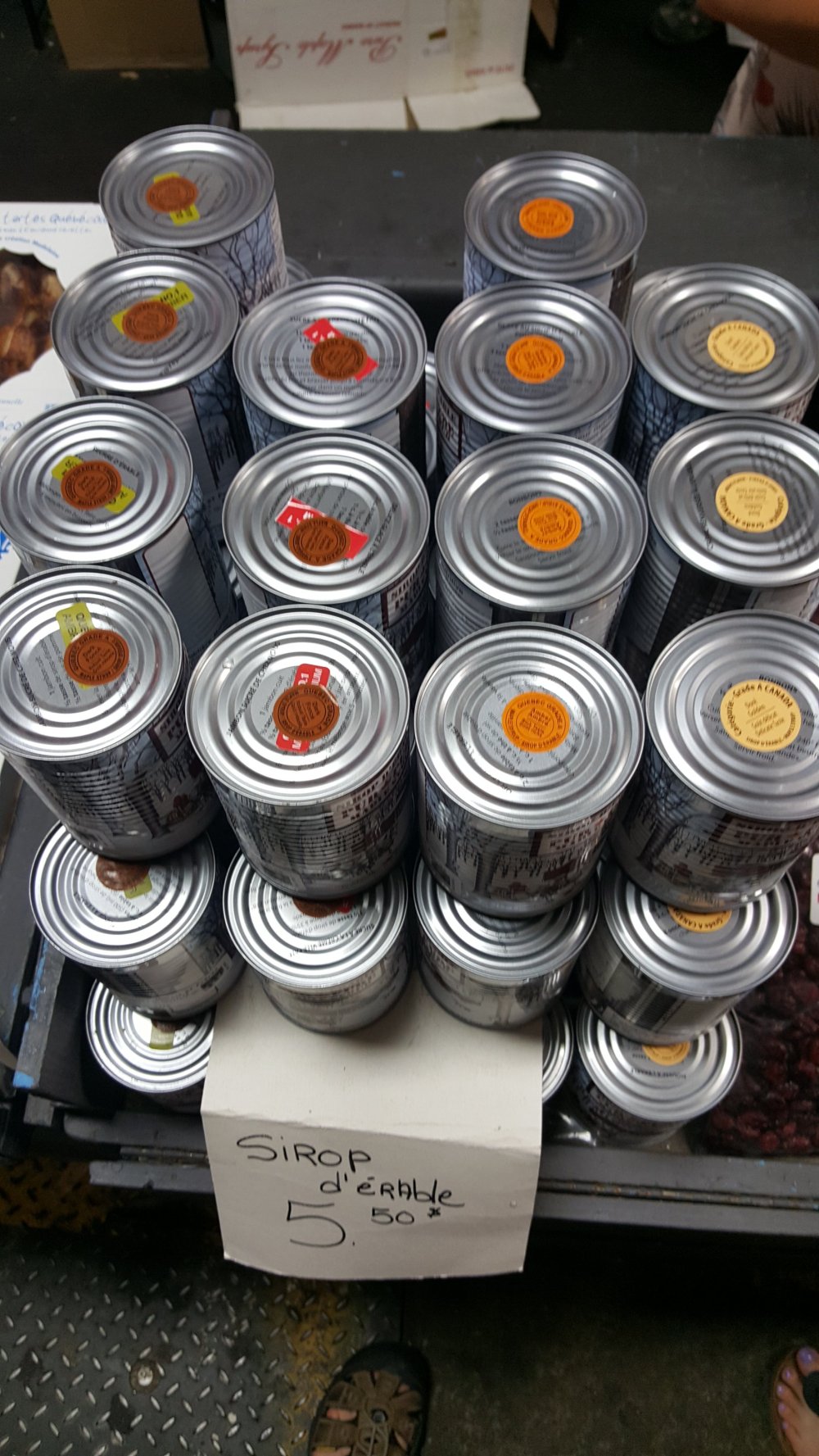 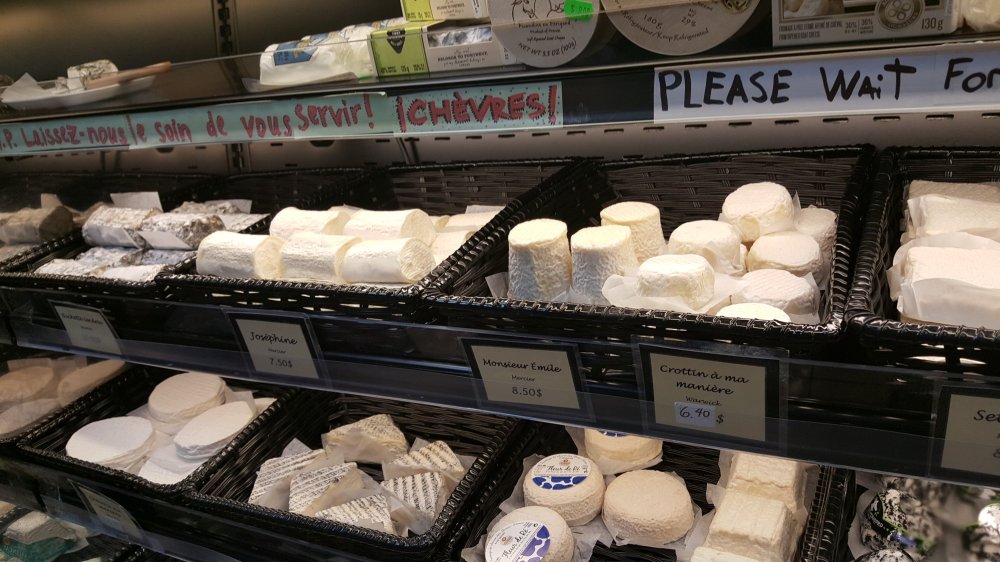 Only to get trapped by a raging midmorning rainstorm, which forced us to eat mango and raspberry gelato while waiting out said storm. 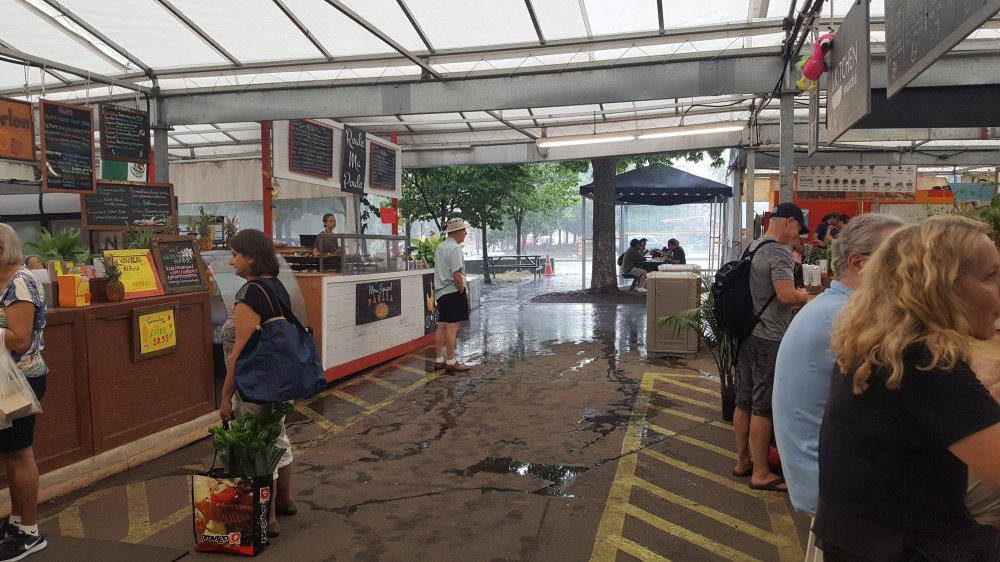 Eventually breaking long enough for us to stroll home with our loot and drop off the goods.

Down the road we went to rent a couple of Bixi bicycles and pedal our way into Old Montreal. 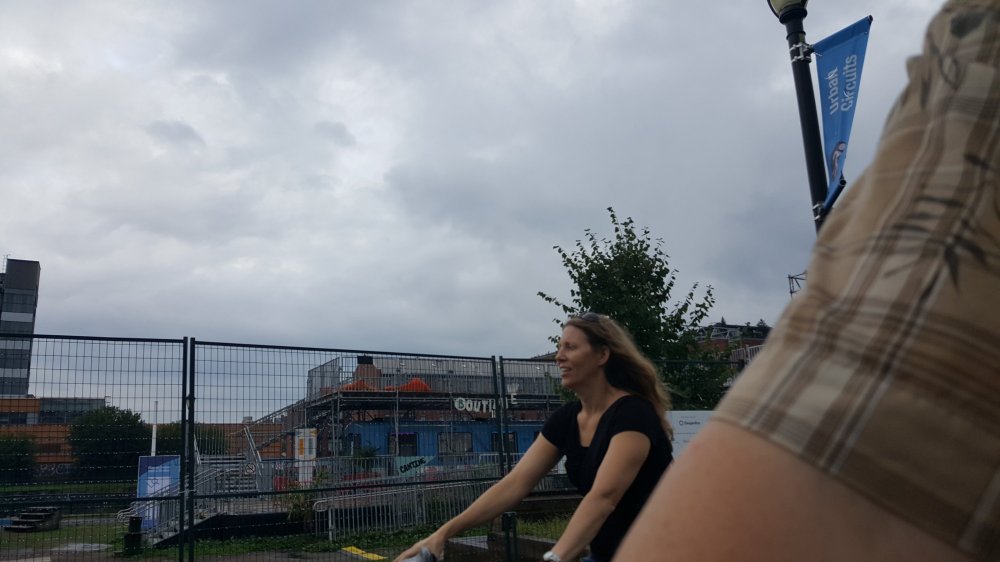 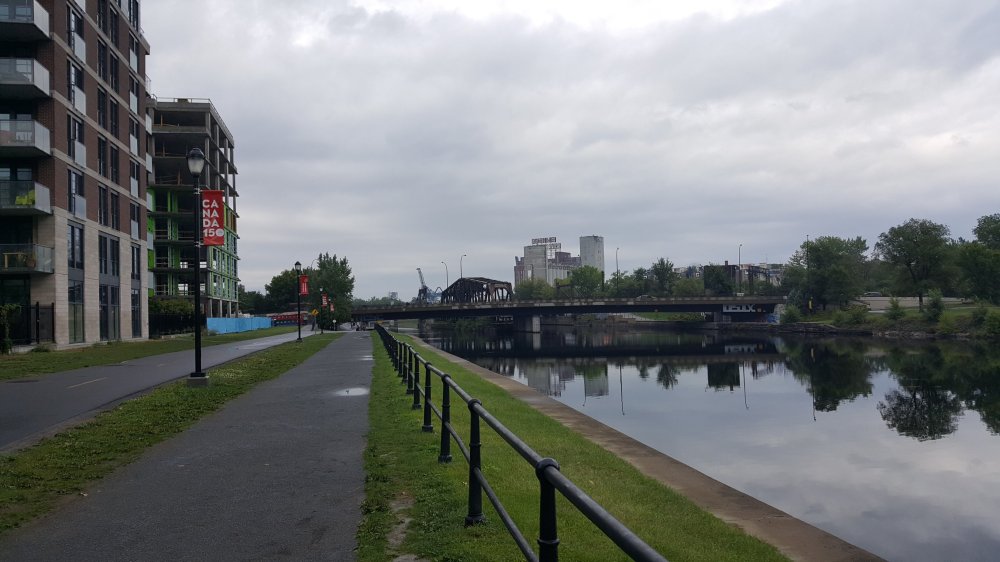 Aimlessly we sought out Notre-Dame Basilica of Montreal only to learn there was a 101 people in the line up, a $6 charge and that unless your inside before 4:30pm then you’ll have to come back tomorrow.

As such we checked our watches to see it was simply not going to happen today as it was 3:33pm.

Bailing on the basiliqiue, we went for a stroll, up and down all the Rue’s (roads) looking left, photographing right, and grabbing snacks and beverages along the way. 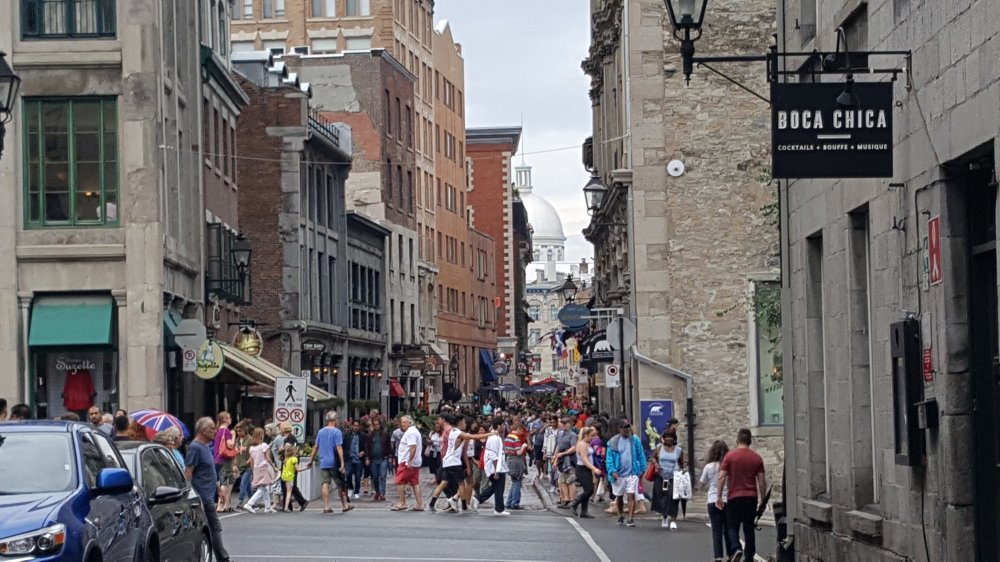 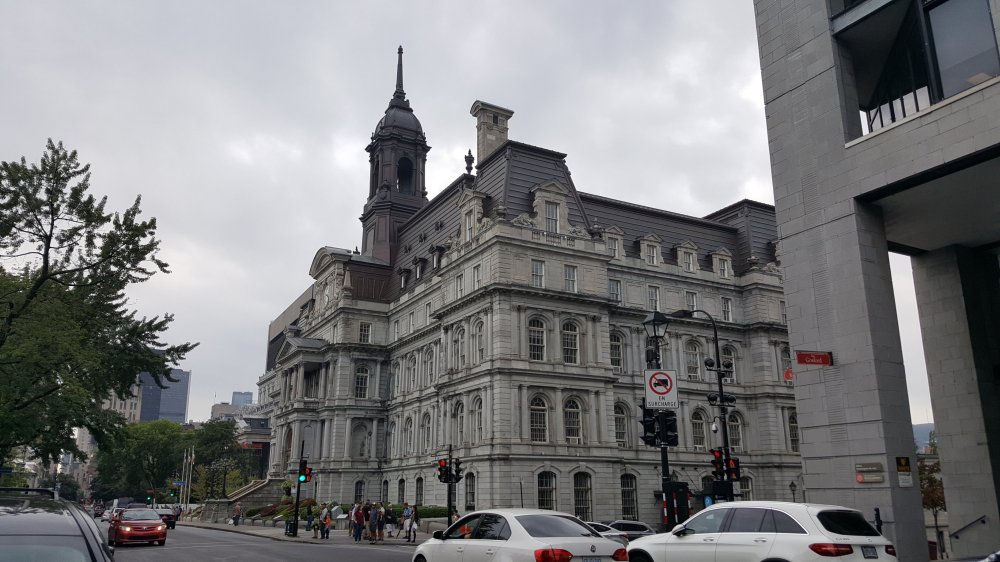 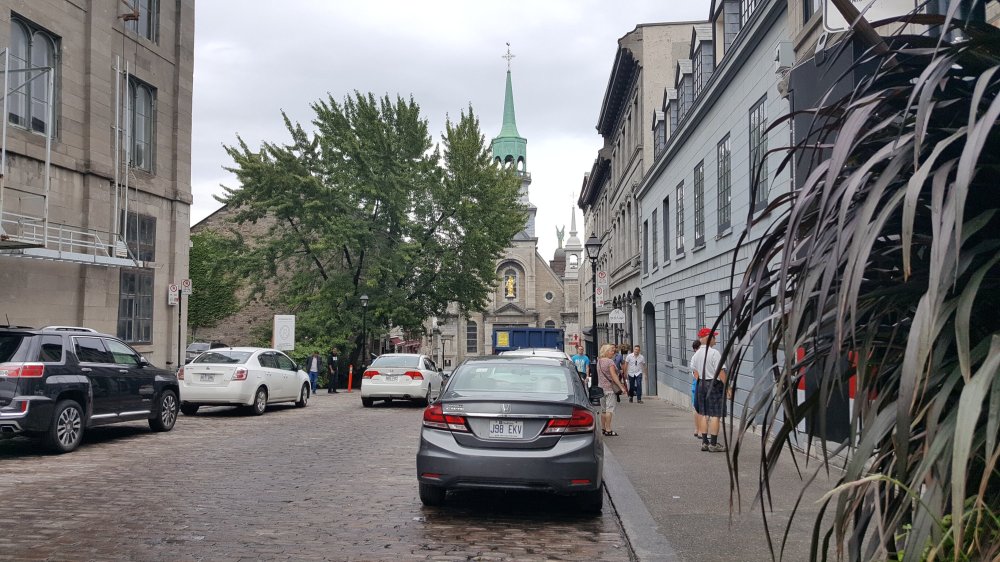 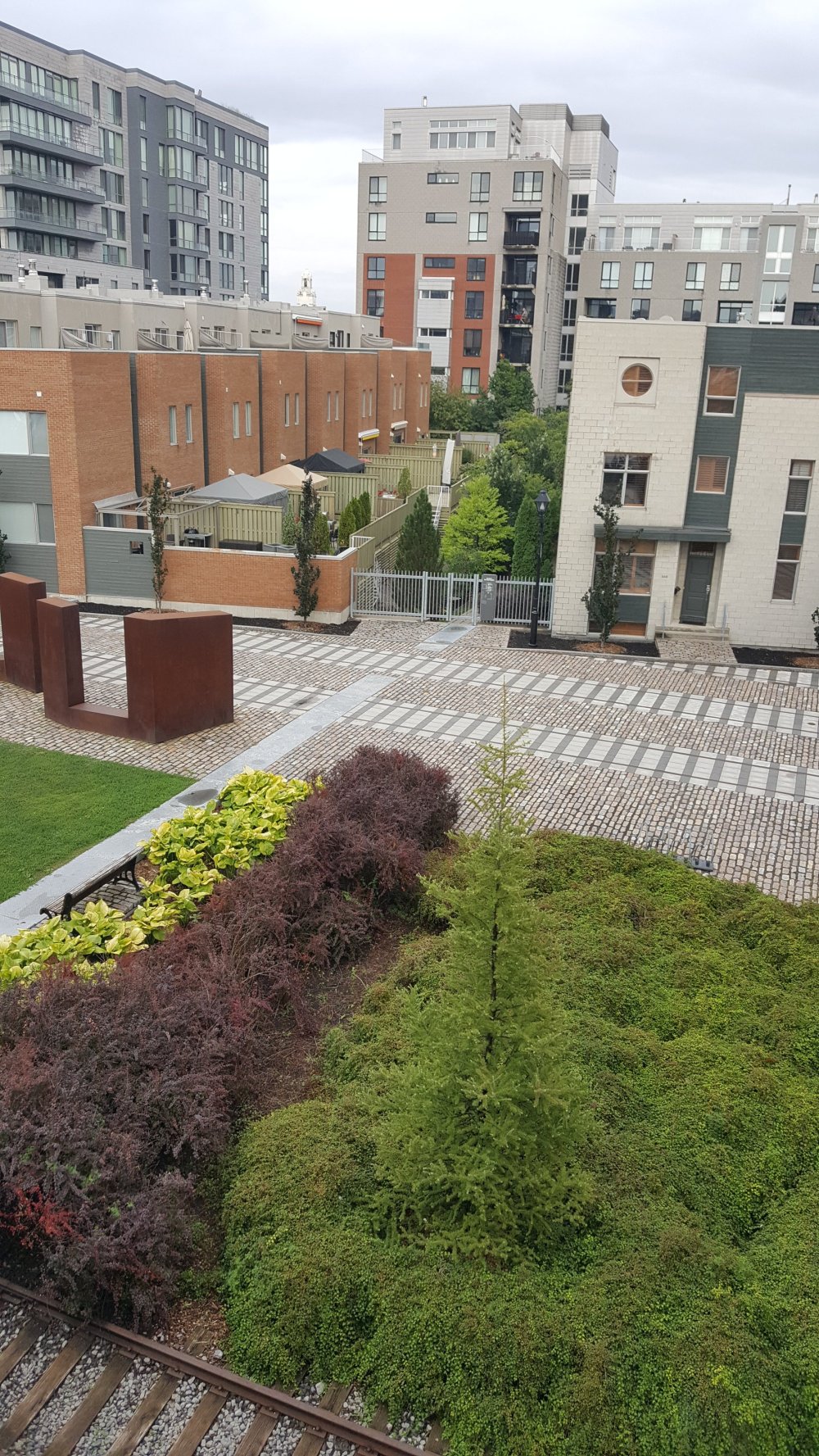 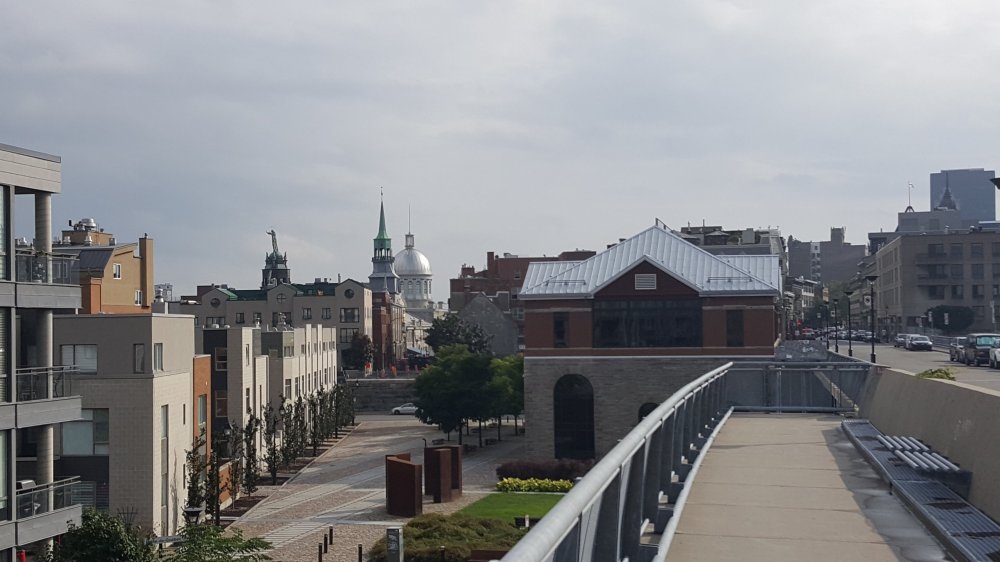 Until we reached the Veux Port (Old Port). At the port a Gianormous ferris wheel stood. 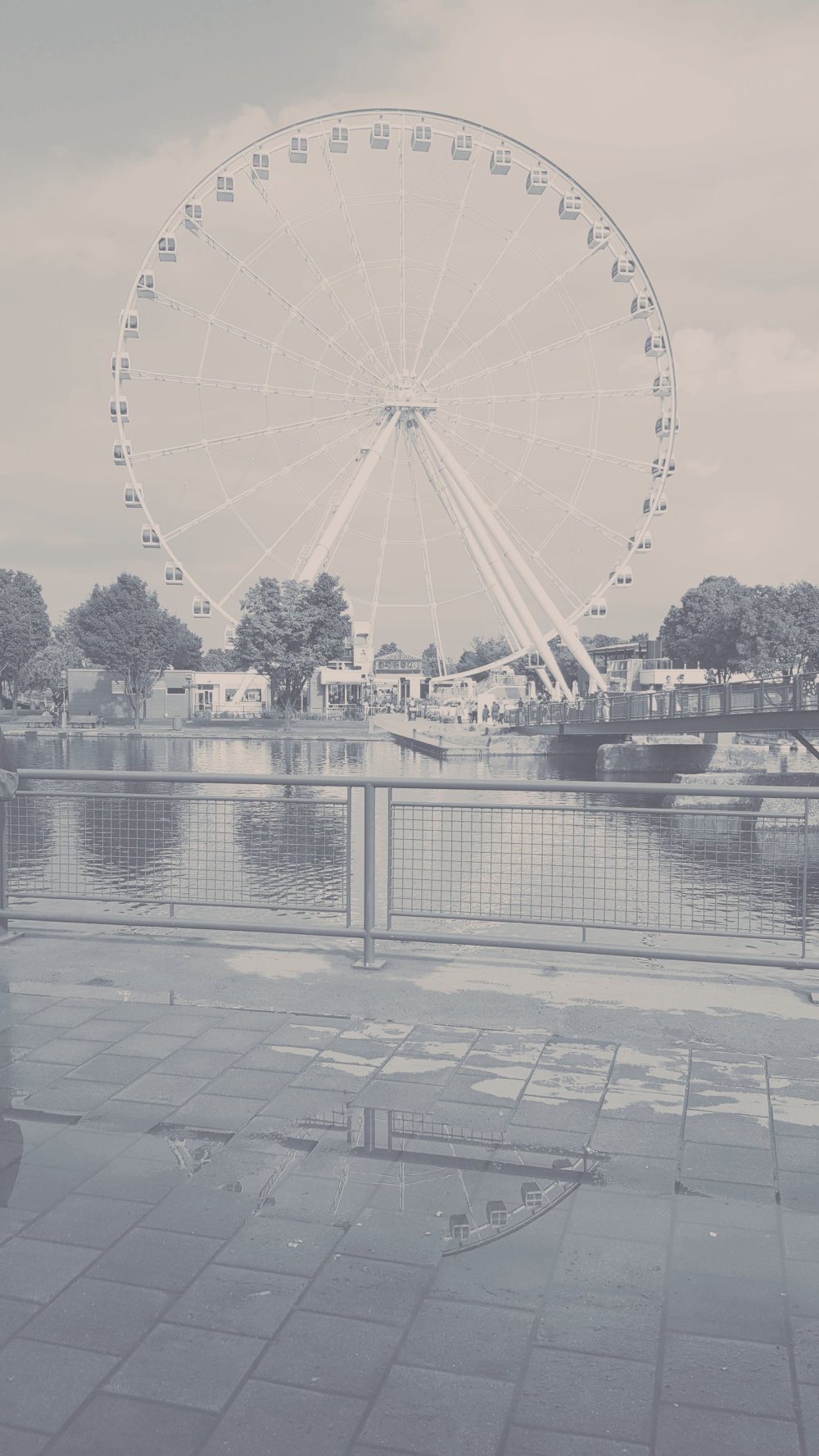 At some point the dark rain clouds slipped in as we were busy checking out the plaza next to City Hall and a grassy knoll where a short stone wall was standing which we later learnt it was a part of the original wall which once surrounded Montreal and is now known as Champ de Mars.

Just as we were warming up to watching a yellow lab drag its owner into the fountain for a dip, a drink and a splash around the heavens opened up and the people scattered like sewer rats in a flooded drain.

People ducking left, right and centre in search of safety from the wet rain which started quickly and soon poured down.

We strolled down the sidewalk taking photos with our Olympus 860 everything proof camera and stepped into a large lineup at Jardin Nelson for dinner and live Jazz music.

We waited around 30-minutes, ended up seated in the front row, listened to beautiful music in an astoundingly-awesome venue where we drank delicious vino and endulged in a plate of fine Quebec cheeses. We stuffed our faces until we could eat no more. 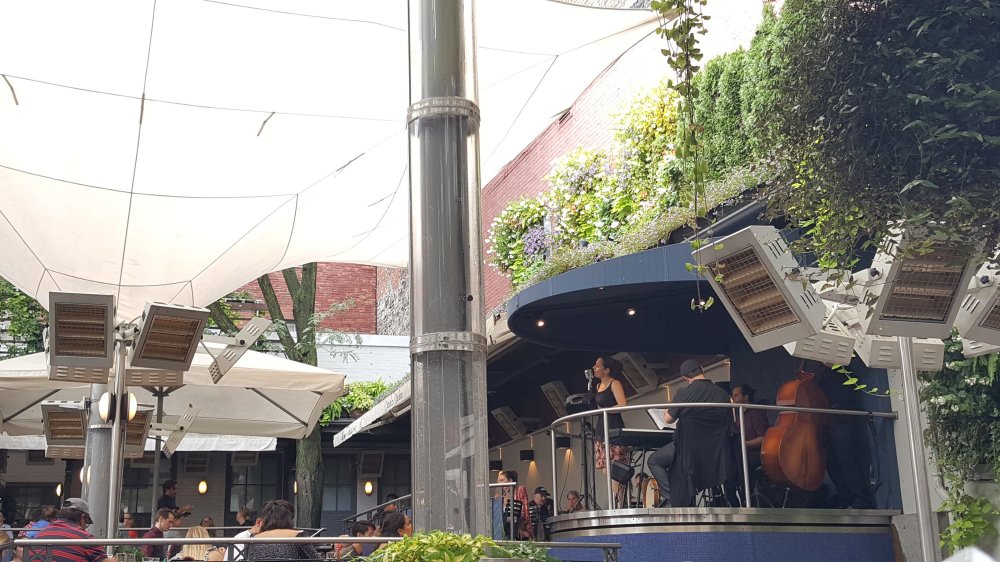 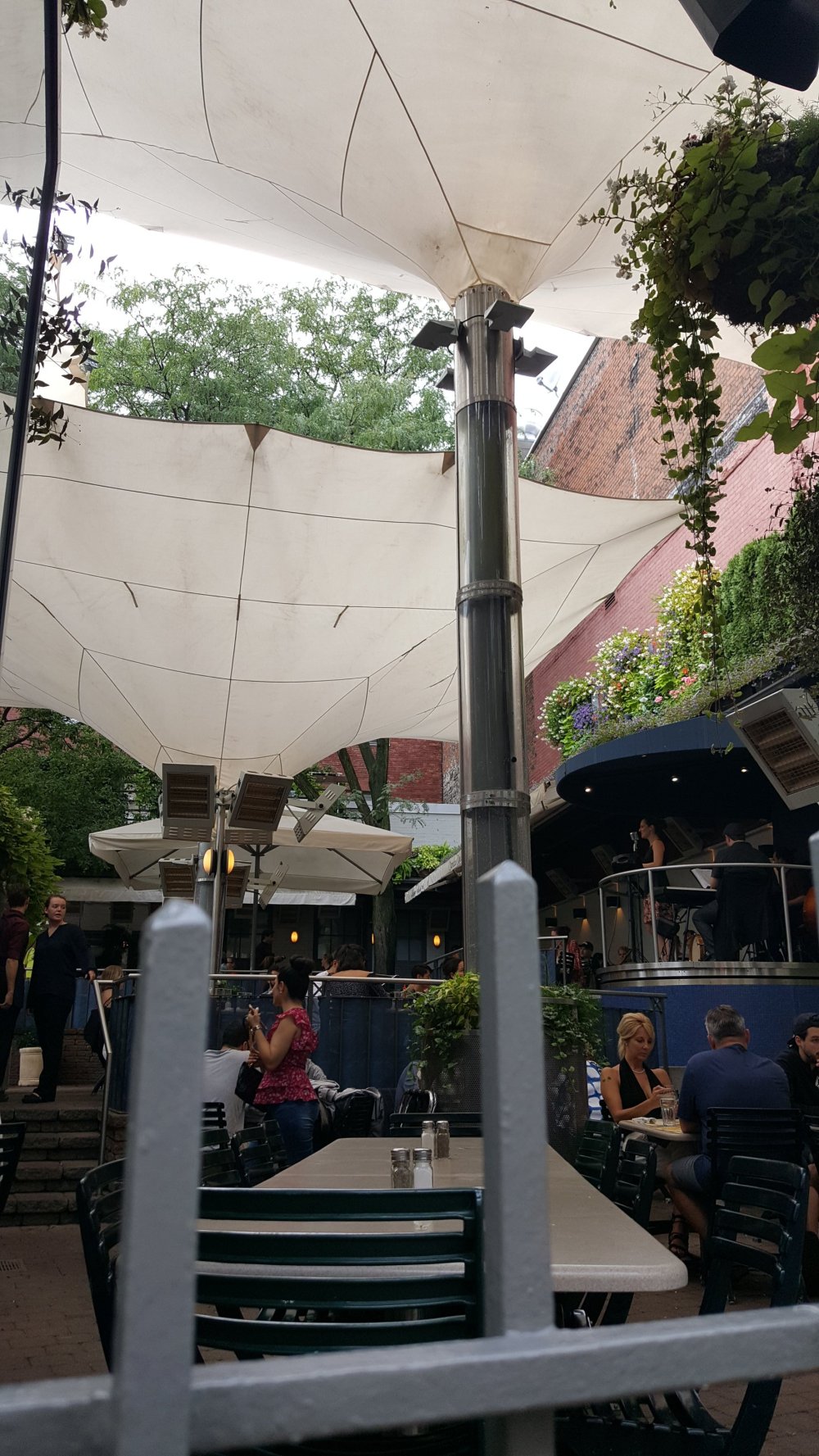 In the end we wandered around Old Town, locating another Bixi bike station, retrieved our next code and off we went in the dark searching for our bike path home.

Overall, I would rank this one fine day of whimsical exploring and my excitement about coming to Montreal expanded to the hope that tomorrows’ random adventures be just as fine a day, as today.