After departing Canadian Tire with our soft cooler purchase for our Maritimes road trip Adventure, we opted for a stop at Privago with its President Clubs and Joe Fresh signage out front which we deemed to be a sister-store of Superstore out West.

Inside it was anything but a Superstore. This was a magnificent fresh market store with a deli, butcher, cafe, sushi bar, and juice bar. This was fantastic!

We even found these oddly named protein bars. And I just had to buy the one all the way left. (when i finally get around to eating it i will let you know my opinion of this “protein bar”).

An hour or so later we were both biting at the proverbial cud to get the heck out of there and onto the road heading towards Quebec City.

Back at the Rogue, we packed up the coolers stuffed them with ice and pulled out our salads for lunch. Hopped in the car “Which way are we going?” I asked, and sped off down the road. “First Right, second left, fifth left and second right then you’l…” before she finished, “ok. got it.”

Ten minutes later we were on the highway heading northeast as she pulled out the raw vegetables and began serving them with hummus. The both of us in need if open road and food.

A handful of kilometres later we arrived into the entanglement of rush hour within the confines of Quebec City as I missed the highway and ended up driving across a bridge into the city. This is the second bridge in which we doubled back over the St Lawerence river to resume our drive towards New Brunswick. 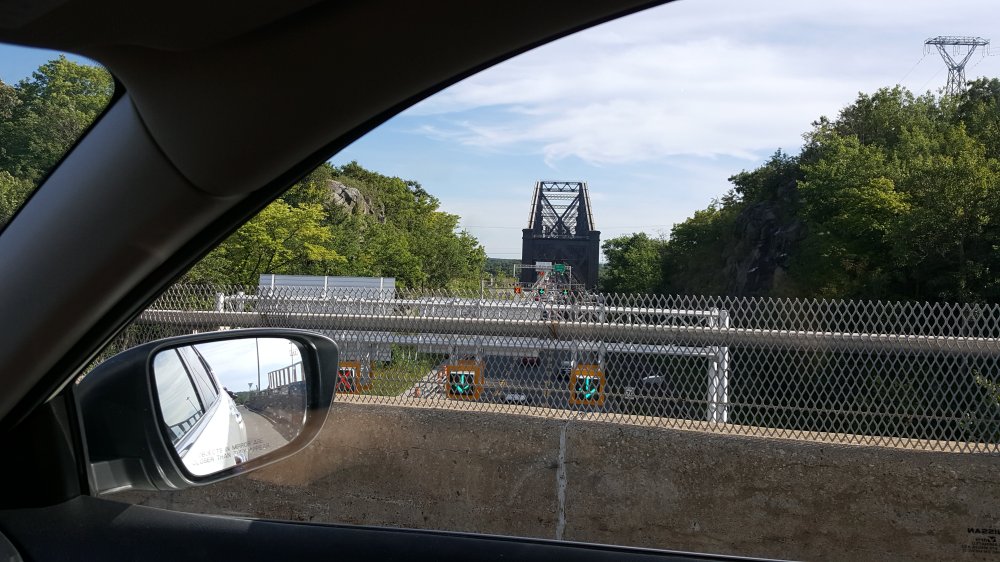 Over the bridge and through the woods we went in search of coffee, a restroom and a break from driving. All of these items were successful and back to the highway we went.

Out of the city we found the open roads to be barren of people heading our direction. Today’s drive was about making up Kilometres to ensure tomorrow could be a leisure day.

At some point I needed out of the car to stretch and pulled off.

Back in the car is when I realized my mistake in pulling over as we had crossed a bridge and were now stuck on the off ramp heading back the direction for which we gad come. Turning around I faced the roadway towards oncoming traffic and sped up the off ramp, driving the SUV straight thru a ditch and onto the correct side of the road.

Laughter and a yippie escaped my wifes’ mug as we curled back onto the highway. Too many kilometres later we were finally seeing signs informing Nouveau Brunswick was closer than expected.

Just outside the border our fuel light came on indicating that we were low. The wife looked up prices in Quebec $1.35 per litre and New Brunswick $1.25 per litre. We pulled into the gas station just after dark still on the Quebec side.

Full of fuel and a large coffee in tow we departed in search of Edmundston. When we arrived there an hour or so later, we decided to push onward to Fredericton the Capitol of the province and find a hotel for the night.