If you are into Geoparks or natural water errosion features this is the place to be: Hopewell Rocks. Upon arrival you are shown a couple of maps of the area which inform whether

From the tip to the tail its a natural wonderment.

Above is a 4-kilometre stretch of mud flats which are exposed during low tides and are covered up during high tides. On average the tides shift around 20m (100ft). Its the largest shift that tides complete each day in North America. 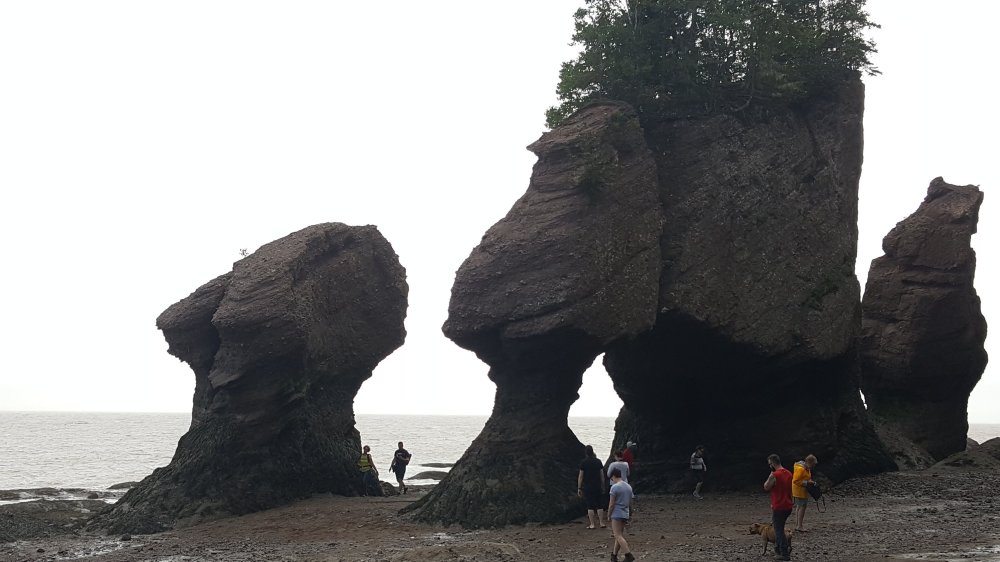 During low tide people can literally walk on the ocean floor and view the rocks. And six hours later the tides roll back into place. When this occurs you can rent a kayak and go on tours. A third option would be scuba diving although I did not read this was offered in this area.

I thought it would be super interesting to walk the ocean floor than later that day go for a kayak ride. But in order to accomplish this you’d have to be their all day. 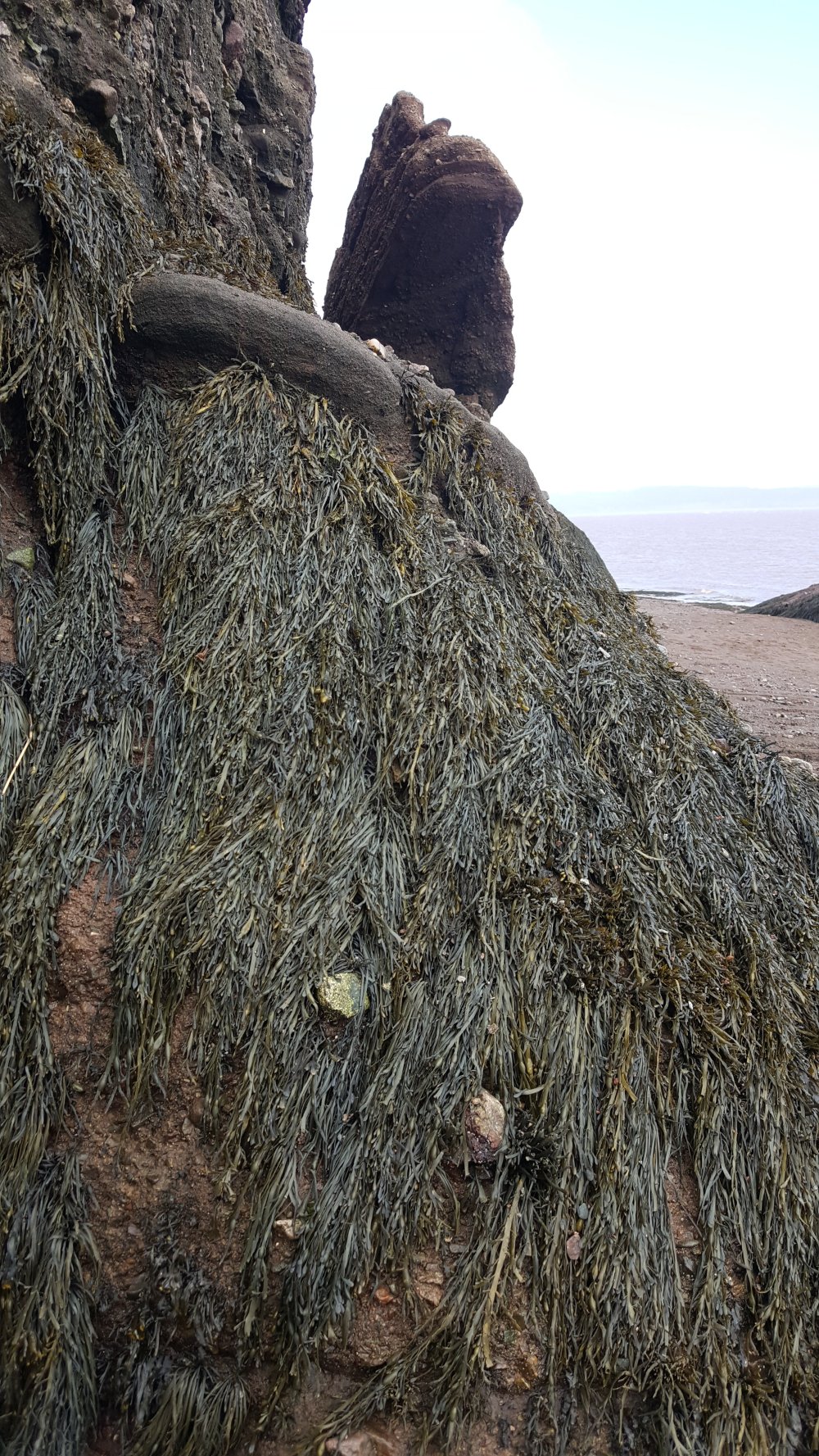 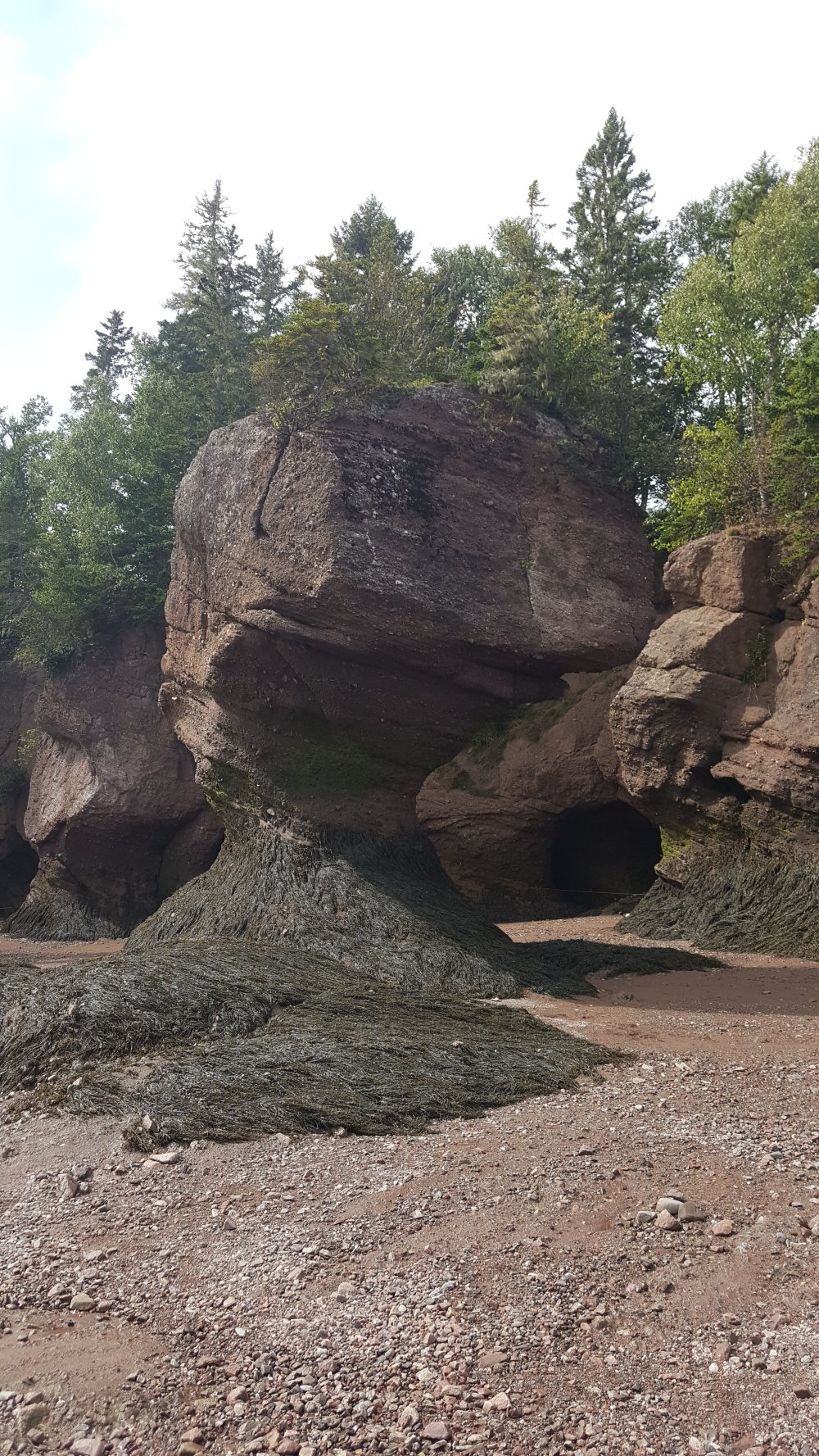 These photos were taken around 1:15pm during the early part of low tide. The water had receeded about 1/2-kilometre (500m or 1600ft) from the cliffs. 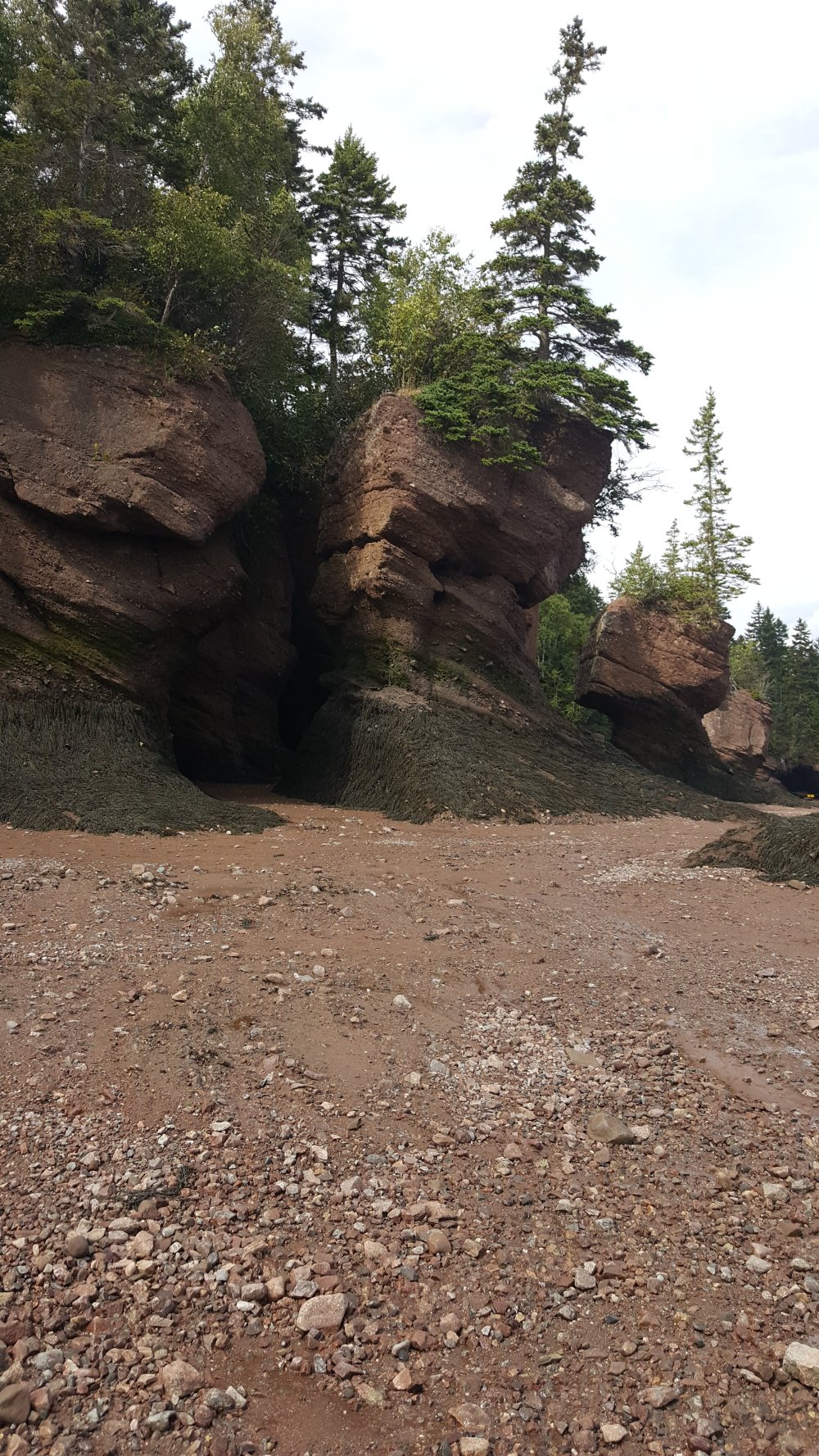