Before our suitcases were packed we received a text message from our friends, asking if we would like to join them on a pirate themed tallship cruise around the Halifax harbour?

“Seriously? You want us to dress up like Pirates and go sailing?” I texted back hoping the answer was actually yes. “Well are you interested? Is that a yes?” And from there my dialect dramatically changed as I jumped directly into my pirate personality of Captain Juan, “Yaaaar, bett’a gert yer scalliwags togetha az were com-min’ aberd yer ship matey!”

Her next response was, I will book it, and she fired me this photograph of an actual tallship named Silva.

Now skip forward to Sunday September 10th, as we all wake up earlish, started doing chores around the house, than sat on the back porch idly chatting away the morning. Around 11am, the wife and Jacky headed into the kitchen to make brunch. After a delicous huevos rancheros, we all began to dress up into our Pirate garb. Twenty or so, minutes later we departed the house.

About three-quarters of the way to the city, Tammy says, “what if we are the only ones who dressed up?” We all began to laugh, and the conversation turned to the what-if game for ten-minutes.

Upon our arrival into the harbour, we parked the big black Ford Taurus Sho and paid for parking. As the four of us walked down the pier, random strangers began taking our photos and saying yaaar betta swab the deck, matey.

“Looks like we have instant fans,” Shauna said after our fourth encounter of Pirate chatter. “Yeah, we are instantly famous,” said Jacky. “Yaaar, betta shap’e up er yer gunna walk-de plank,” I replied in a heavily accented Pirate dialouge as laughter came from onlookers and passerbys.

On the pier Tammy’s revelation in the truck came true. Only the hosts (Rosie and Mel) and ourselves, were dressed up as Pirates. 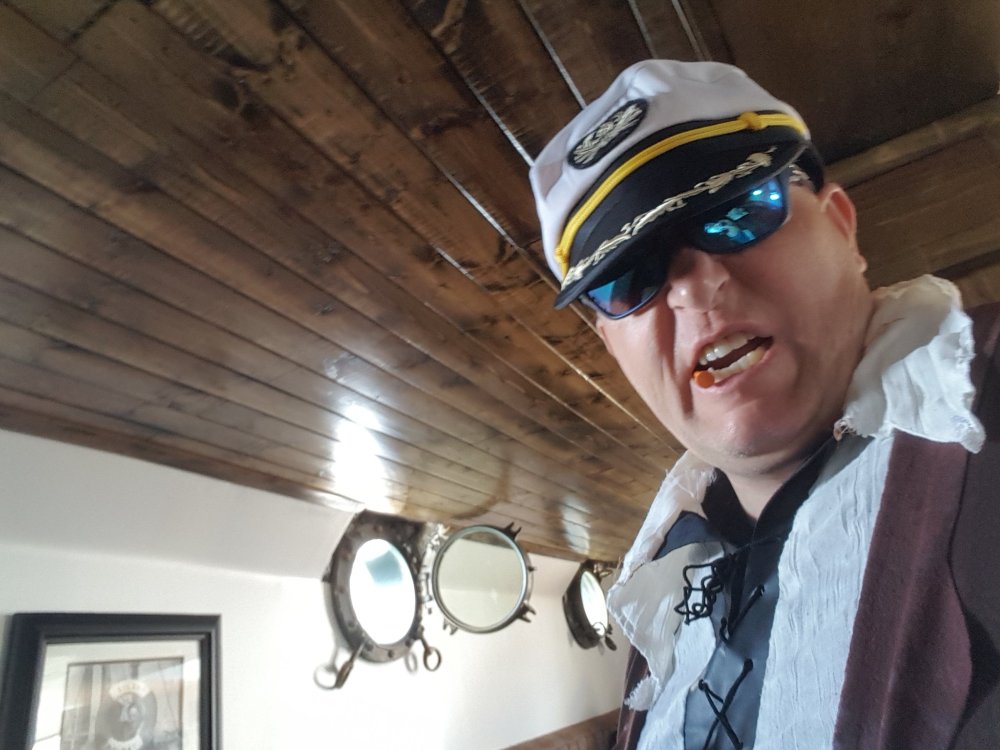 On board the ship people asked us if we were paid to dress up and if they could take our photos?

Which was always followed by laughter from myself as well as those with me. Our group stuckout like a sore thumb for the next two and a half hours.

Although no one else did dress up there were a few classic moments when people would ask me about items or activites going on, on the tallship. Like when I was standing in the Bow watching the houses and other boats go by. This younger gal in her early twenties asked if it were okay that she be in the bow? Or if it were off limits?

In my Captain’s voice, “Yaaar, betta go get me de rhum. As I cant’ see de lands in frunt of me!” The red headed girl stood in awe wondering what the heck I was talking about.

Her boyfriend says, “he’s not actually working on the boat.” And to my chagrin I spouted louder than necessary, “dat’s it. Wherez me pistoli. Diz is mutiny. Werez me rhum. Make dis’ men walk de plank.” Again followed by rolling laughter and smiling.

They seemed slightly offended although both guys smiled at my costumed chatter. Than I moved to avoid any actual conflicts. 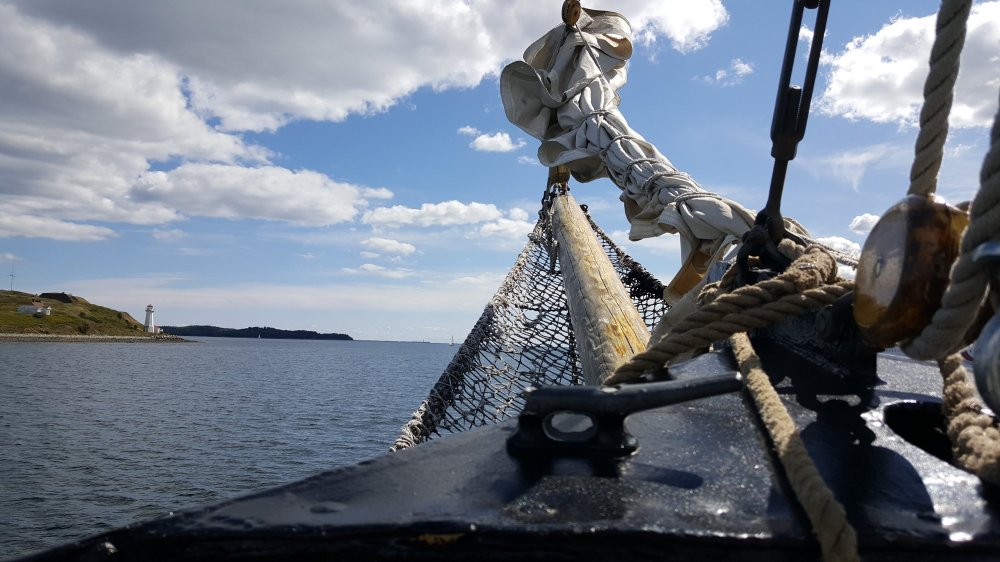 Overall the day was a success as we rode the tallship through the upper arm and around the harbour. The onboard photogrpaher and a dozen or so people all requested photographs with the dressed up pirates. We were a success and all of us had an awesome time onboard the tallship Silva.