Pulling through the six-stop signs which lead us out of the parking lot at Anne of Green Gables, we turned right heading up the hill into Cavendish, as we decided on a couple of coffees before the rain imploded around us.

Before we reached the only coffee shop, the wife made a wrong turn left which lead us directly into Prince Edward Island National Park.

As soon as we reached the first parking lot, we forgot about coffer and starred outside at the devilish red coastal sands. Then hopped out of the SUV, to get a better look. 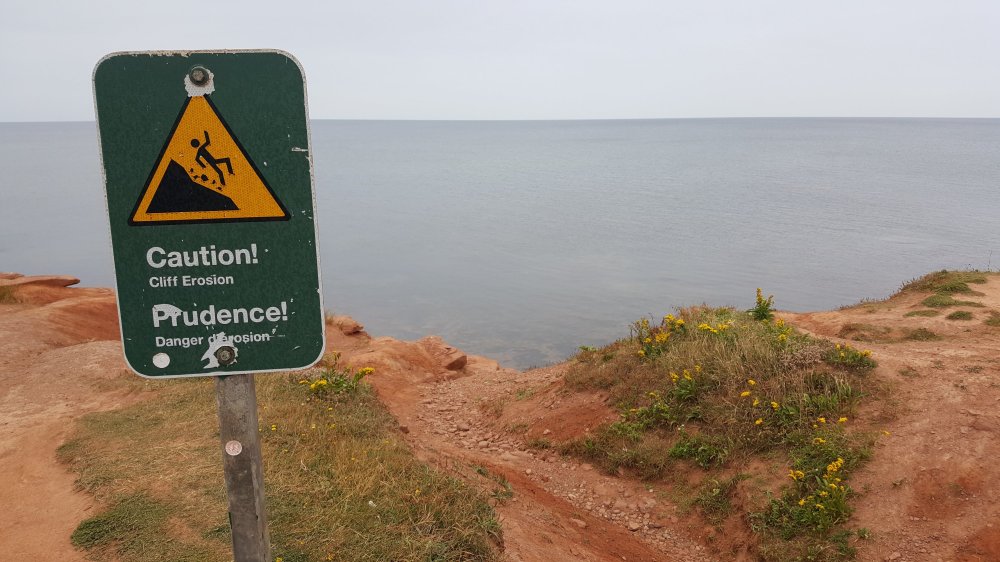 While exploring the coast line, it became obvious that its brittleness could crumble at any given moment and you would find yourself battered and bruised along with sopping wet in the Gulf of Saint Lawerence.

Standing on the edge of those pesky “black rocks” I kept my cool, when the I heard a familiar voice behind me say, “you better be careful, those rocks look really wet. And we don’t need you to hurt yourself.” 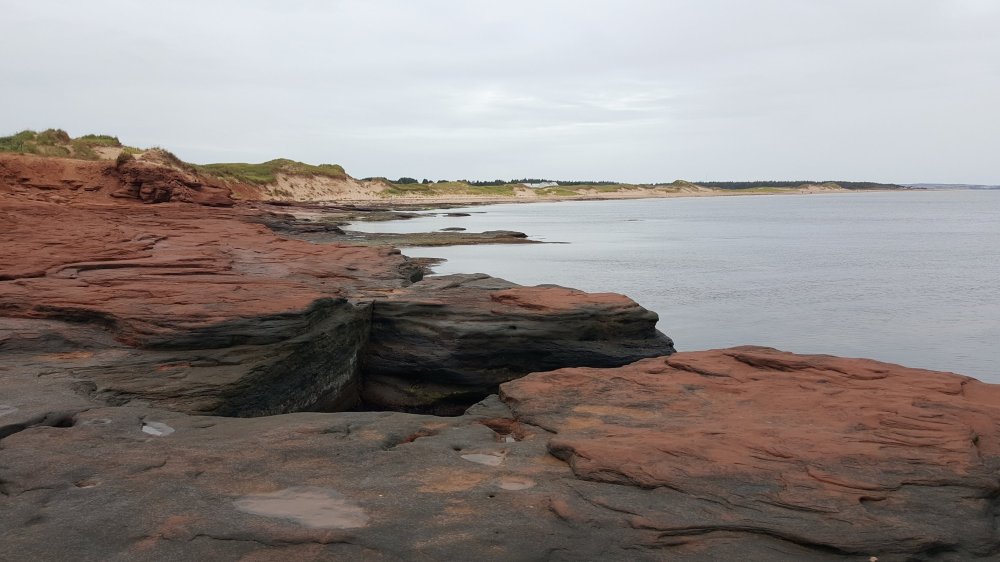 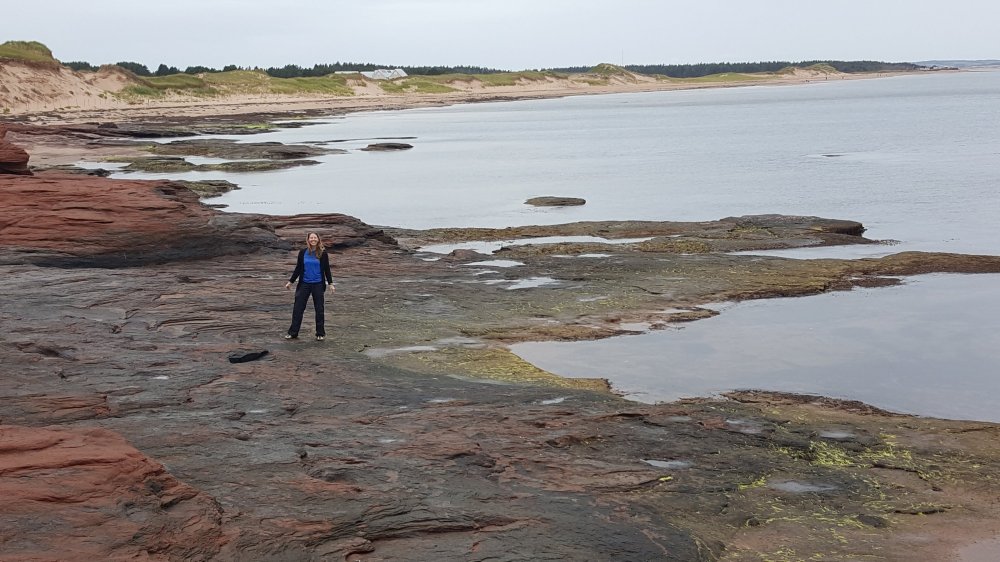 As I stood on the precipes of mildly wet red sandstone and the death black rocks taking photographs. I watched the wife wander around a small cove to an extremley less dramatic slope and she began to descend towards the gulf, as we both wanted to know the temperature of the water.

Her feet shuffled, off the light red sandstone, onto the darker red surface, then in an unexpected motion of madness her right foot began to slide as soon as it touched on the “magical death black rocks!”

Her limbs quickly spun around like a Saturday morning cartoon character, trying to catch her balance. Except those “black rocks” held on tight to her Birkenstock soles and her face contorted as she landed on her bum. Thankfully the surface of her underside, and pants slowed her down enough to stop the sliding motion into the gulf waters.

“What are you laughing at?” came the surprised response of the woman who was now sitting on the “black rocks”.

“I am laughing because you just warned me, about walking on the frickin’ black rocks. And instead of listening to your own advice. You go ass over tea kettle and nearly fell in!”

Followed by, “Had I known you were headed for the drink I would have filmed this Wylie-Coyote moment and Instagramed that! Because it was fun-nnnnny!”