Three-years ago, I saw this shiny silver two burner barbeque (bbq) sitting on the display floor at the local hardware shop. It was a real eye catcher with its chrome pieces accenting the knobs, temperature gauge and handle. Plus the two-tone paint scheme (silver stripes on black) but what phased me then was its price tag of $499.99

That summer I looked and looked for a deal until I located an alternate version for $299.99 it wasn’t decked out in snazzy chrome but would do the job. I showed it to my wife, who showed it to the property owner and she informed “it must be a natural gas bbq. There is a connection spout on your balcony.”

The summer faded into fall which faded into winter and I forgot all about the one that would do.

Spring was upon us once again, the local hardware shops promising a change in weather that it was bbq-season once again. I read the flyers saw a new version of the two-burner bbq and went for a visit.

It was marvelous and again out of my budget. I waited all Spring then Summer and finally Fall for it to go onsale, but it wasn’t ment to be.

Two weeks ago, the flyer appeared in the mail “Spring Kickoff Deals 7-days” my heart raced…

I flipped through the pages scanning for the bbq section… then there on page 5, in the bottom right corner I saw the latest version in black and silver $369.99 onsale for $269.99

My heart skipped a beat and on Thursday the 21st, I bee-lined it to Canadian Tire (C.T.) to take a look. I found the bbq and searched for the conversion kit to make it fit natural gas.

For the bbq I was buying I needed a specific kit with the ‘Convertible Valve System’ logo… they were out. A somewhat helpful staff member tried talking me into buying another conversion kit but I passed and promptly left.

Of course life got in the way and it took me until Tuesday the 26th before I could make it over to the nearest C.T. to my workplace. As I sped down the road the excitement of grilling steaks, kabobs and baked potatoes on our new bbq flashed through my mind.

Upon entering the store I jogged to the bbq section only to learn they had the conversion kit but their two-burner bbq was $319.99 onsale. I spoke to a staff member and heard that each C.T. is independently owned thus the price difference and they wouldn’t match the price of C.T. in Spruce Grove where the same bbq was $269.99

I did the only rational move, I bought the conversion kit and drove towards home. Stopping at C.T. in Spruce Grove to get the gigantic box that held the two-burner bbq.

Standing over it in our kitchen, my wife says, “are you going to wait for the weekend to build it?” Before she said anything else the words came out, “my intention is to find the manual, read it tonight and build it on Friday night since we’re going to a concert on Thursday night!” 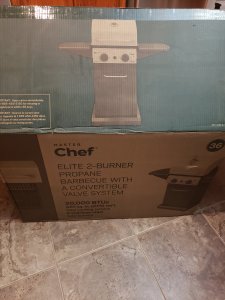 With the box opened I took out the manual then the cardboard edges, followed by styrofoam, side walls, a door, hinges, bolts, the burner and everything else. It was a monstrosity in the kitchen.

Next the toolbox was sitting beside me as I took account of each part, ticking it off next to the manual. 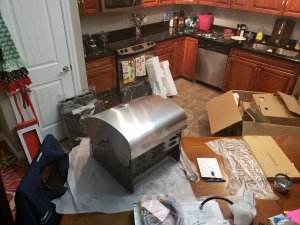 Two-and-a-half hours later the Master Chef 2B was built. It’s 47-inches standing tall in our kitchen. The only thing left to do was connect the hose, pull it onto the balcony and connect it to the natural gas spout. 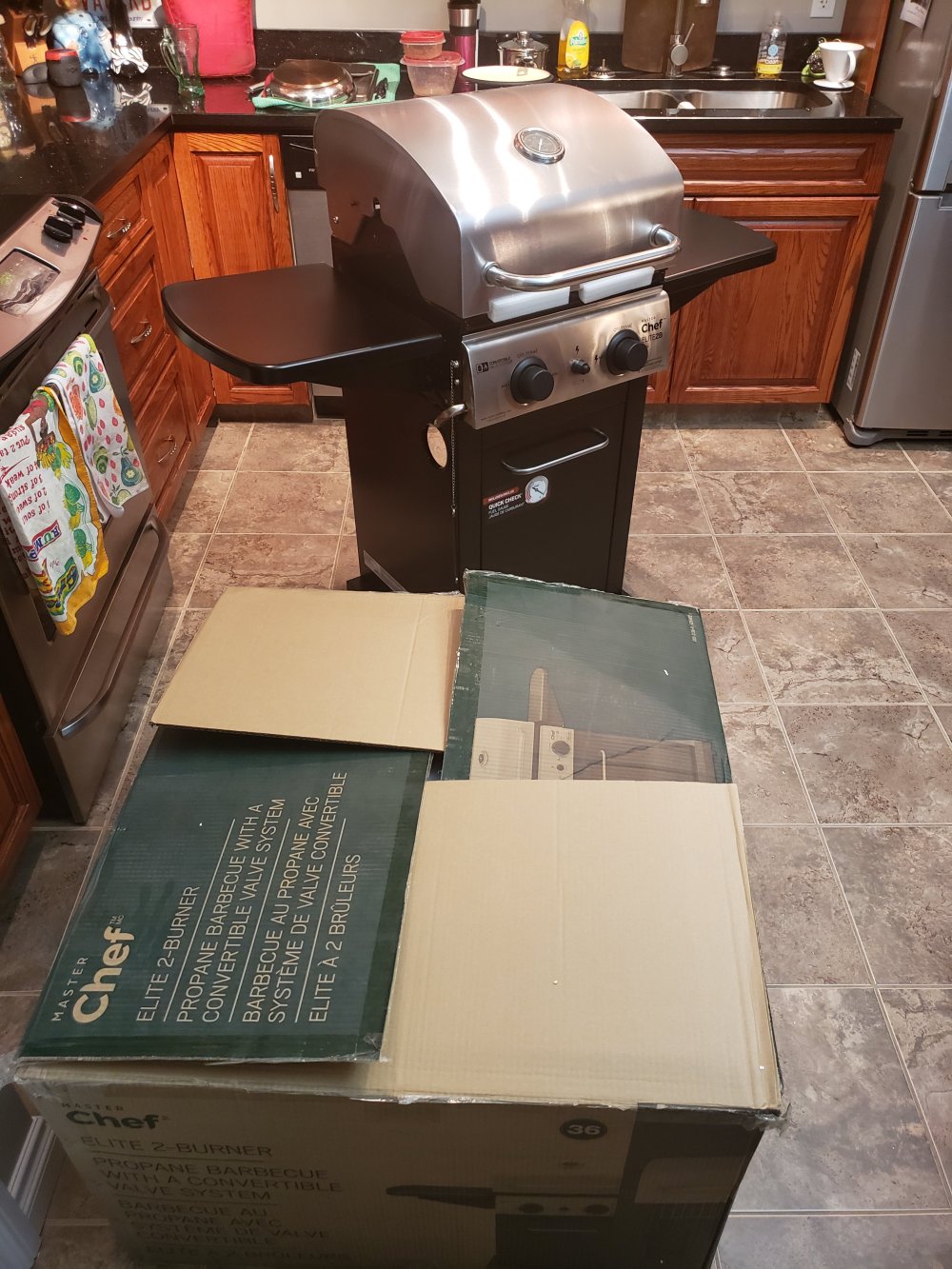